Talk about what you played or link to posts you made elsewhere.
Post Reply
1 post • Page 1 of 1

nun: "What brings you to our convent, m'lady?"
squire: (muttering) "Lady Jaska has a lot to confess…"

Our setting was an Ars Magica-esque Europe analog, but with the powerful Orders of Magi having dominance over the mundane lords and knights. We had unicorns (ahem, one unicorn), faerie nobles dabbling in the affairs of mortals, terrifying Words of Power — the works.

We started in the SUN-02 slot but went right on into the next slot because we were having too much to stop. So much good stuff. Doug's Univision LARP of "Madre!" and "Padre!" had us all on the floor. There is something wonderful about a game that is totally serious in the fiction, but where the players can have a hoot cracking jokes while still keeping the game totally heartfelt and real. Which we did.

"She's in the forest, looking for herbs."
"Herbs?"
"Uh… yeah. Herbs. She's looking for a dime-bag of Kingsfoil…" 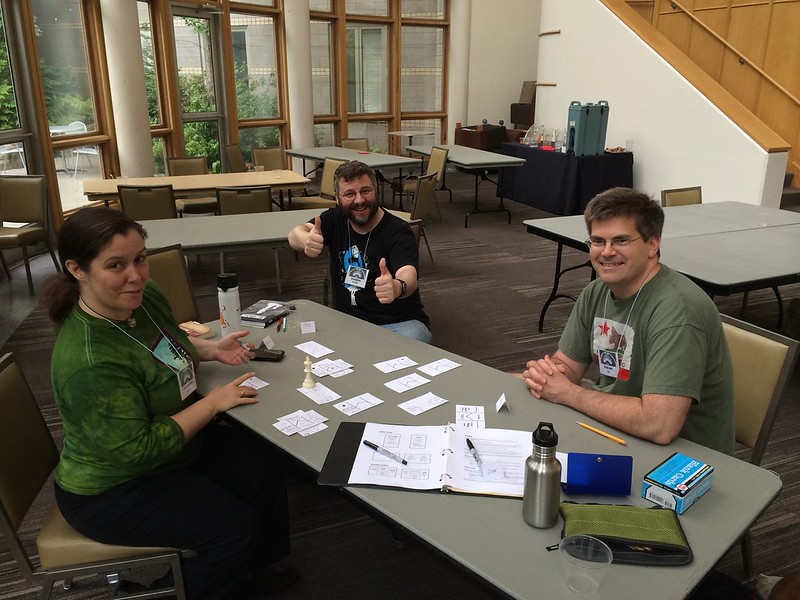 I had serious selfish fun playing Lady Jaska's surly but savvy squire: Yeah, keep visiting the daughter you gave up as a baby but never tell her that she has a mother who cares for her. That's healthy! If we kept playing I would have definitely dug more into Armas and Auvo's relationship: the wise half-fey peacemaker and his hellion sorcerer wife/charge. Would Auvo have hulked-out after his murder and sought vengeance against the lords and lands he served for (as she sees it) sending him to his death? Oh yes, I think she would have. Castles burning everywhere. No wonder Samu has such a hard time fitting in with the other magi.

I just thought of who I would have made Auvo's father be if we'd gone another round. A perfect match for her mother, the mountain witch. Curses! 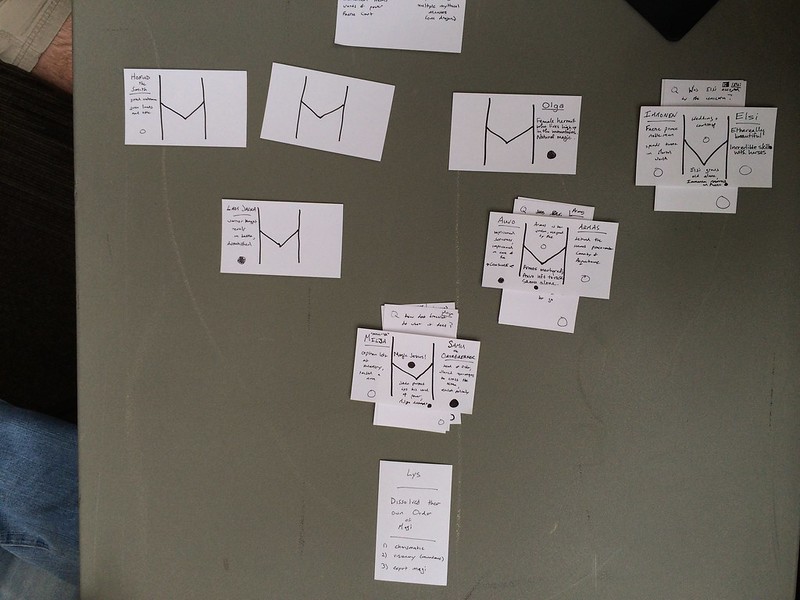